English:"Hellooowl! It is Ookami Mio!"

"A black haired kemomimi girl who appeared on our radar randomly. She often shows up around shrines. She likes gaming."

Ookami Mio (大神ミオ) was born on August 20th as wolf-girl. An introductory video of Hololive Gamers was uploaded on December 6th, 2018, and would debut the day after in an introductory stream with Shirakami Fubuki. The creation of her YouTube channel was on December 1st, 2018, and her Twitter account was opened much earlier on November 16th, 2018. Her 3D model debuted on June 16, 2019, and a while later, her 3D swimsuit model would be shown on September 11, 2019. Mio would get her 2nd L2D outfit on December 22, 2019 alongside Fubuki. Her 3rd outfit, the New Years outfit, is given to Mio shortly afterward on January 1st, 2020.

Her representative emote is a pine tree due to her hair resembling one.

Ookami Mio is described to be mature and responsible by her fans and Hololivers alike. Mio also tends to be extremely kind towards others, and many fans and peers tend to seek her for advice on personal matters. Due to these traits, Ookami Mio is well known for being the mother of Hololive, and is often nicknamed as "Mio-mama." She did respond back to this nickname in some cases, jokingly stating that she “doesn’t remember giving birth.”

She is also easily scared. This is most often shown when she plays horror games, spending most of her time afraid while playing the game. Despite her weakness of horror, however, she states she still would like to play horror games, because she believes it is within her responsibility as a member of GAMERS.

Mio often plays the straight man in most comedic situations with her peers. With that being said, she is not afraid to make a joke or two herself.

In her early days of becoming a Virtual YouTuber, Mio states that she had an aggressive, wild side to her, in which she tried many different types of content and tried to be unique. She has since then mellowed out, finding her own place in Hololive. However, this wild side rears its head from time to time, resulting in her sometimes doing kusoge games. 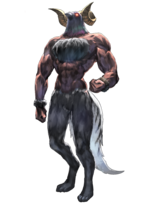 The following are original songs by Mio.

The following are a list of songs covered by Mio.