As the shows' name suggests, Music Space was a program where Suisei sings and usually read emails sent by fans. She also occasionally had some guests come over her radio show, usually fellow VTubers. Her very first VTuber guest was a Hololive 1st Generation member, Natsuiro Matsuri. 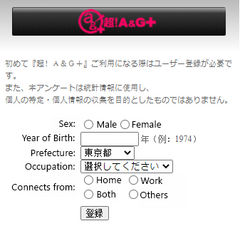 To listen to the radio through the official radio site, go to https://www.agqr.jp, and click this button:

Alternatively, you can go directly to https://www.uniqueradio.jp/agplayer5/player.php

Before you can listen to the radio, you will be asked to do a quick registration as shown on the right.

After the registration, you can now finally listen to the radio.

Whenever a new episode of the radio went live, the first half of last week's episode was uploaded in Suisei's Channel and the second half was uploaded to the 文化放送V&R channel

There is an complete playlist for the radio archives in Suisei's Channel. Link

You only need to open VLC and Open Network Stream (Ctrl +N), then enter "rtmp://fms-base2.mitene.ad.jp/agqr/aandg1". 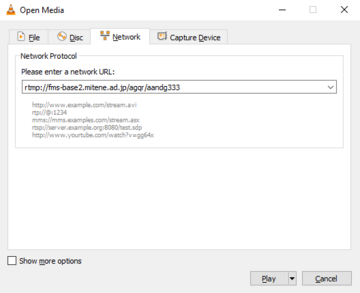 Note: Other media players also work if they have a similar feature supported.

Retrieved from "https://hololive.wiki/w/index.php?title=Music_Space&oldid=21251"
Categories:
Cookies help us deliver our services. By using our services, you agree to our use of cookies.